Even though it began in 2018, the TCJA’s effects are only now in full swing. How will it impact you in the next year?

Changes in the Tax Cuts and Jobs Act (TCJA), which first went into effect in 2018, have really only been felt now that we’re well into 2019, and 2018 taxes have been filed. You may be aware of some of the bigger changes, like adjusted income tax brackets, but the TCJA actually brought updates to quite a few areas. And some changes didn’t go into effect until 2019 and will thus be new for 2020 tax filing.

As the U.S. Department of Treasury website indicates, the TCJA is the “most comprehensive tax legislation passed in more than 30 years.” While you may not feel the impact of each and every change, it’s important to be aware of how updates could affect you moving forward.

An overview of select changes

Health insurance: The Affordable Care Act (ACA) is still in effect, but the TCJA removed the requirement to have health insurance coverage. This means that there’s no longer a penalty for those that don’t have it. This is pretty significant for many people, since the penalty had been almost $700.

Estate tax: The federal estate tax will be $11.4 million for single filers and $22.8 million for married couple beginning in 2019, meaning that the tax will impact even fewer people than it did before.

College savings: Under the TCJA, parents can distribute up to $10,000 per year, per student, from a 529 savings account (college) for tuition and other expenses.

Child tax credit: Another increase came to the child tax credit, which is now doubled to $2,000 per child. Because this credit only applies to children under 17, another $500 credit has been created for dependents who are over 17.

Personal exemption: The personal exemption, which allowed you to deduct a certain amount for each eligible member of your household, is no longer an option. In 2017, this amount was $4,050 for yourself, in addition to $4,050 for your spouse and each of your children or dependents. This was expected to increase to $4,150 in 2018, but it’s now $0 because of the TCJA.

The TCJA for businesses

Deduction changes: The TCJA added a new deduction, the qualified business income (QBI) deduction, that gives certain businesses a 20 percent deduction if they are an S corporation, partnership, sole proprietorship, or sometimes, a trust or estate.

The deduction for expenses that relate to activities including entertainment, amusement, or recreation was eliminated. But the IRS says that taxpayers may still deduct 50 percent of business meals if the items aren’t considered “lavish or extravagant.”

Another significant deduction change is a limitation on the business interest deduction for some businesses. Those with less than $25 million in average annual gross receipts have an interest expense limit of business interest income plus 30 percent of the adjusted taxable income and floor-plan financing interest.

The TCJA also introduced a tax credit for employers who give paid family and medical leave to employees. However, this credit only applies after December 31, 2017, and before January 1, 2020.

So how will the TCJA changes impact your tax experience in 2020, when you file your 2019 taxes?

Remember that all of the changes brought by the TCJA aren’t permanent—many are set to expire on December 31, 2025, and lots could change in the political environment before then.

If you have any questions about tax reform and how it will impact you, get in touch with the professionals at Provident CPA & Business Advisors. 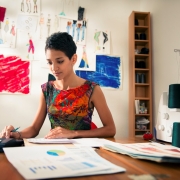 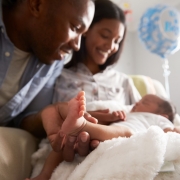 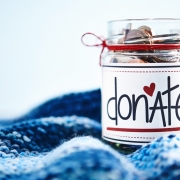 What Businesses Should Know About Charitable Contributions 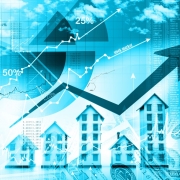 The Tax Benefits of Investing in Opportunity Zones
0 replies