Even though the health insurance tax (HIT) has been suspended, what will it mean for taxpayers, and especially entrepreneurs, if it’s finally introduced?

The health insurance tax (HIT) is intended as a fee imposed on insurance companies, though its implementation has been delayed by lawmakers since 2015. This year, lawmakers have proposed again suspending it through 2021 in an effort to help stabilize the healthcare market.

But if the suspension on the HIT finally ceases and it goes into effect, premiums will rise, and U.S. taxpayers will be faced with shelling out even more for healthcare than they already pay in the expensive marketplace.

So, what is the HIT? And if it ever goes into effect, what does it mean for entrepreneurs?

A rundown on the HIT

The health insurance tax is an annual fee that insurance companies would have to pay on their health policy premiums if they offer fully insured health insurance coverage. The $16 billion tax was introduced in Section 9010 of the Patient Protection and Affordable Care Act (ACA) of 2010. However, lawmakers have suspended the tax since 2015, and there is again a suspension for 2019.

In early 2019, representatives from both the House and the Senate supported a bill that further delayed the HIT from going into effect until 2021, but it is still set to lapse in 2020. As such, it’s uncertain whether or not the HIT will be applicable, and insurance companies continue to push for a total elimination of the tax.

So, as a taxpayer and small business owner, how would the HIT hit you if it finally takes effect?

What are the impacts on taxpayers?

Unfortunately, the additional costs that the HIT imposes on insurance companies are then passed onto their customers in an effort to make up for this tax. This means, of course, that insurance premiums will go up. This is a big reason that lawmakers from both sides of the aisle have continued to delay the tax—they agree it would negatively impact consumers.

One cost driver is the fact that the HIT is non-deductible on federal taxes for health insurers. And for every dollar that is paid, more than a dollar has to be added to premiums. In an analysis commissioned by UnitedHealth Group, global management consulting firm Oliver Wyman estimated that the impact on premiums in 2018 would have been an added $22 billion, and between 2018 and 2027 it would be over $270 billion.

The report also estimated that premiums would have increased 2.7 percent in 2018, and at a similar rate when projected for the following years. This would equal an additional:

In sum, this would mean over $2,000 for individuals and managed care enrollees, over $6,000 for families, and over $3,000 for Medicare Advantage members over the ten years following 2018. These are not small costs for self-employed individuals and small businesses.

The national association America’s Health Insurance Plans (AHIP) released a statement earlier this year saying that nearly 150 million Americans would pay more for their health insurance coverage because of the HIT.

It’s clear that tax burdens will rise for consumers if the HIT goes into effect. But this is an even bigger consideration for entrepreneurs and small businesses that are fully insured. Individuals who have to bear the full cost of health insurance plans will face increased costs in an already expensive insurance marketplace. As the Small Business and Entrepreneurship Council says, “The high cost of health coverage remains a pain point for small businesses and the self-employed.”

The UnitedHealth report outlines that the HIT going into effect would likely result in both individuals and groups delaying getting insurance coverage—and some individuals will remain completely uninsured because they will not be able to afford the increased rates.

Both individuals and groups may decide to forego coverage if they are younger and healthier, and this creates a “less-stable risk pool,” in addition to creating even higher premiums across the board, the report says.

It’s important to note that these increased premiums caused by the HIT will only impact individuals who purchase their own individual coverage, get it from their employer, or enroll in either Medicare Advantage or Medicare PDP; the government pays the HIT for individuals who are covered by exchange subsidies and Medicaid.

The future of the HIT remains uncertain, as some lawmakers are still pushing to have it totally repealed. But if it is finally implemented in the coming years, the HIT could mean thousands of dollars more in health insurance premiums for consumers, and more uninsured Americans. It’s important as a small business owner to keep up with the latest news regarding the HIT bills and factor this possible cost into future business strategy.

Provident CPA and Business Advisors are here to help you minimize your tax burden and assist you with growth and profit improvement. Get in touch with our experienced team today for more information. 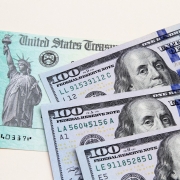 Why Are So Many Tax Refunds Unclaimed? 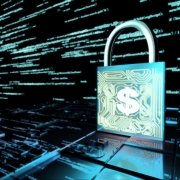 Cybersecurity Best Practices for Taxpayers: How to Stay Safe
0 replies