Classifying doctors as employees can significantly increase their tax burden

An increasing number of doctors are banding together to form medical “super groups” and the benefits can be significant: economies of scale, greater leverage in negotiations with insurance companies and large hospitals, administrative support that leaves doctors free to focus on patient care, and a competitive advantage in the market.

Since 2016, less than half of practicing physicians in the U.S. still own their medical practice, according to a Modern Healthcare report.

But there’s also a major downside to this trend: Many physician groups are unwittingly causing their doctors to pay higher taxes than they should. Here’s a look at the reasons why, and what doctors can do to minimize their tax burden while reaping the rewards of regional physician groups.

The pass-through deduction: a significant tax break for independent contractors

Many large physician groups favor an employment model, where the group is structured as a corporation that employs individual doctors. Previously, few physicians paused to consider the difference between becoming a 1099/independent contractor or a W2/employee of their physician group.

Independent contractors are people or entities contracted to perform work or provide services to another entity as a non-employee. A growing trend in today’s gig economy, independent contractors generally exchange the perks of being an employee like benefits, 401(k) match, and greater job security for a significant tax advantage, potentially higher income, and the freedom to pick and choose their own hours and projects.

The Tax Cuts and Jobs Act (TCJA) of 2017 enacted sweeping changes to the tax code, including the addition of a completely new concept: a 20 percent “pass-through” deduction for individual taxpayers on qualified business income earned in a qualified trade or business.

This Qualified Business Income (QBI) deduction stands as a significant tax break for small business owners – including independent contractors – who operate as pass-through entities such as sole proprietorships or single-member limited liability corporations (LLCs). In these businesses, profits or losses “pass through” to the business owner, who pays personal income tax on the earnings at his or her individual tax rate.

In the past, employees paid slightly lower taxes on equivalent pay than 1099 contractors. But this new deduction changes the game – significantly tipping the tax scale in favor of contractors as long as they qualify and stay under certain high-income levels.

There is, of course, a caveat: the deduction is limited for skilled service providers like doctors, who can only qualify for the pass-through break if they earn no more than $415,000 a year for a married couple filing jointly or $207,500 for a single filer. But a skilled tax advisor may be able to find legal ways to help high-income doctors qualify for the pass-through tax rate as well, such as reducing their income by converting their office building into a real estate investment trust and charging themselves rent.

Even doctors whose incomes are too high to qualify for the pass-through deduction threshold can reap many tax rewards from changing their employment status from employee to independent contractor. Independent contractors can claim significantly more business-related deductions than employees. In fact, almost anything contractors spend on their business can be deducted from business income before any taxes – including FICA (Federal Insurance Contributions Act) payroll taxes – are paid, from scrubs to mileage to continuing medical education. In contrast, employees pay for these types of expenses with after-tax dollars.

Independent contractors can also claim business deductions for many of the benefits they pay out of pocket that would normally be provided by employers, such as health care coverage. Even so, doctors should attempt to negotiate a higher rate before changing their employment status, since their employer will no longer have to pay toward their benefits.

Independent contractors also have the freedom to choose their own retirement accounts, customizing a plan that leads to the most significant tax savings down the road for their personal situation. While that means they will miss out on an employer match, costs can be low for single-person plans such as individual 401(k)s, SEP-IRAs, and personal defined benefit/cash balance plans.

Many physician groups were inefficiently structured as corporations when they were formed, and now bounce out 100 percent of their taxable income to their doctors to avoid paying corporate tax. That leaves high-income doctors classified as employees facing a hefty tax bill – at the highest individual rate of 37 percent – with no or at least very few write-offs to offset their income. It also forces them to pay 100 percent of their FICA payroll tax, which eats up 7.65 percent of an employee’s salary up to a certain income level.

The income ceiling only applies to the 6.2 percent Social Security portion of the FICA tax, however. Not only is there no wage limit for the 1.45 percent Medicare portion of the tax, but there’s an Additional Medicare Tax that high-income individuals must pay that adds another 0.9 percent tax to any income that exceeds a certain threshold. This limit is currently $250,000 for married couples filing joint tax returns and $200,000 for single filers.

In contrast, these same doctors allowed to contract with the physician group through their own company could reduce their tax burden by a whopping $150,000 on between $500,000 and $600,000 of income by taking advantage of the many deductions now available to them.

Other factors to consider before making a change

Of course, tax deductions aren’t the only factor to consider before changing your employment status. When you are an employee, your employer withholds taxes on your behalf and remits them back to the IRS. If you become an independent contractor, you must have the diligence to ensure that your estimated taxes are paid throughout the year.

Independent contractors are also hit with a Self-Employment Tax of 15.3 percent that covers the 7.65 percent Social Security and Medicare payroll tax you would have paid as an employee, as well as its 7.65 percent counterpart your employer would have paid on your behalf. Since independent contractors are technically the employer and employee, they cover the full amount. While you can claim a tax deduction for half of it, the Self-Employment Tax can be a sizable expense that should be taken into account.

A skilled certified public accountant can help you weigh the financial benefits of both types of employment options. By adding a monetary value to all the benefits included in the W2 status – from paid time off to health insurance to Self-Employment Tax savings – you can make sure the tax break you realize from becoming an independent contractor outweighs the perks of remaining an employee.

Some physician group administrators hesitate to allow doctors to transition from employees to independent contractors out of fear that restructuring will harm the group. But contracting with doctors won’t affect the group’s negotiating power or control over its people; it only impacts how they are paid and enables them to do better tax planning.

A more valid concern is ensuring that doctors in the group fit the IRS framework for independent contractors. The employee vs. independent contractor designation is an area the IRS highly scrutinizes and penalties for getting it wrong are severe. While the circumstances surrounding many doctor-physician group relationships fit the bill, a qualified tax advisor can help everyone move forward with a structure that minimizes doctors’ tax burdens without imposing undue risk on either party.

Provident CPA & Business Advisors serves successful professionals, entrepreneurs, and investors who want to get more out of their business and work less, so they can make a positive impact on their lives and communities. Typically, our clients reduce their taxes by 20 percent or more and create tax-free wealth for life. Contact us for expert advice on tax planning, and to find out how we can help your business exceed your expectations. 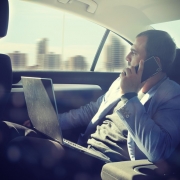 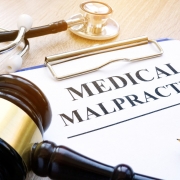 Can Physicians Lose Their House in a Malpractice Lawsuit?
0 replies