Find out what’s really at stake

There is a perception that malpractice lawsuits may cost doctors everything – their assets, savings, or even their house. But while malpractice cases can be lengthy and expensive, it’s actually very rare that a doctor would lose it all in these cases if he or she has the proper insurance coverage.

As far as a doctor’s house being lost – under Florida law, for example, homeowners actually have protection from losing their residence if they own the home they live in, aside from creditors that hold a mortgage or lien on the home. Other states offer similar protections, so it’s important to check local laws.

Here are additional details about malpractice statistics and how doctors can better protect themselves by obtaining sufficient malpractice insurance, even if it’s not a state requirement:

Getting sued is a reality for a wide range of practicing physicians. Research from the American Medical Association (AMA) showed that 49.2% of physicians over age 55 have been sued at least once.

However, AMA also says that 60-65% of these lawsuits are dropped or dismissed. But even when they’re dropped, legal costs alone can still be high for doctors – an average near $30,000.

So how can doctors protect themselves from these costs, especially if they have a near 50/50 chance of being sued?

There’s no doubt that a malpractice payout is expensive if the plaintiff wins. The AMA released data that showed the average indemnity payment made to a plaintiff for a medical liability case in 2010 was $331,947.

Medscape also says the average settlement in court is around $425,000. But, that’s only for the 18% of cases that actually make it that far. 90% of cases are settled out of court and 82% don’t go to trial. And, what’s more – most cases are settled without doctors having to spend their own money. The physician’s insurer usually handles the settlement.

There have been cases when doctors have to payout from their own funds. But it’s hard to estimate how often that happens, partially because it’s uncommon. That said, a judgment against a physician that exceeds the amount of insurance they carry – such as $3 million with only $2 million in coverage – does mean that personal assets are at risk. Mere claims against a doctor will also increase the cost of an insurance policy moving forward, and physicians with multiple claims may have difficulty finding an affordable policy – or a policy at all.

The bottom line: The chances of a doctor having to pay from their own funds or assets are slim, as long as the doctor has sufficient malpractice insurance. But there will still be significant expenses associated with a claim.

Some states across the nation don’t require doctors to carry malpractice insurance. But deciding to opt out of this important coverage isn’t a wise choice considering what’s at stake and how much insurers cover doctors in the long run.

The cost of premiums can be pretty high and depend on a number of factors and, as a doctor for the American Academy of Orthopaedic Surgeons points out, these factors include:

The average cost of malpractice insurance varies from $4,000 to $20,000 annually, depending on area. Internal medicine doctors see lower rates, while specialty physicians are at the top of the spectrum.

Individual states also have varying mandates for physicians who aren’t required to have insurance. Continuing the Florida example, that state sets conditions for those who choose to “go bare” and not to have insurance. These are:

Again, make sure you are very well-versed on any requirements in your area before considering this option.

Other potential costs of a malpractice claim

While malpractice insurance is always a good idea for physicians, keep in mind that a malpractice claim is no small matter. Some doctors experience depression, lack of self-confidence, or fear when returning to work after a case, even if they won. They could have also lost a lot of money because they weren’t able to practice during the case when they were in court or dealing with other related matters.

Medscape provided a case study of an OB/GYN who had been sued three times. The doctor decided to settle all three because it was cheaper, but also because the emotional turmoil would have been too much to handle.

There’s no easy way for doctors to protect themselves from the emotional costs of malpractice lawsuits. But doctors shouldn’t make the process even more difficult by failing to have the proper insurance coverage. Because dealing with a malpractice claim takes extreme emotional and financial tolls, it’s always best to consult with a legal professional.

Physicians who are looking to save on taxes and maximize their income should also work with an accounting professional who is well-versed in medical employment issues. An experienced CPA may be able to find tax benefits and ways to structure employment relationships that accomplish these goals – such as realizing immense tax benefits from working as a contractor rather than a full employee of a medical facility or physician’s group. To learn more about lowering your tax burden and maximizing your wealth, contact the experienced team at Provident CPA & Business Advisors today. Why I wrote my new book – The Richest Doctor: A Modern Parable of Financial Independence 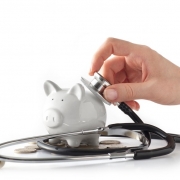 Doctors: Is Your Physician Group Causing You to Pay Higher Taxes?
0 replies

Employee vs. Contractor: Why Not Knowing the Difference Can Land Your Business...